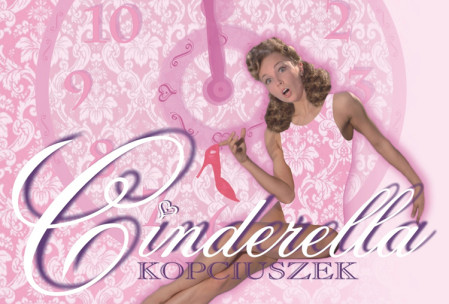 „Inspired by the fairy tale of Perrault, to which I stay true, my version of CINDERELLA is taking place in the fantastic world of the well-known story, but I set it into the era of the fifties, with all its stereotypes and to use the opportunity, which is connected with the prosperous post-war period. The reason why little Cinderella finds herself with a stepmother and stepsisters is shown as a shadow play in the prologue. The curtain for the first act rises on a bourgeois home, in which Cinderella is appearing in wearing a dress with the very same pattern as the wall paper of her home’s walls. This underlines her status inside the family. …“ – Giorgio Madia

CINDERELLA is a comical ballet with a story that follows the conventional plot of the fairy tale that we all know, turned in a key a little ‘more humorous’. It is based on music by Gioacchino Rossini instead of Sergey Prokofiev’s ballet, which the audience is used to. Set in the fifties, with a style of dance that ranges from classical to modern, from contemporary to acrobatic, the action has a brisk tempo. As a collage Rossini’s music is collected from his famous overtures, his youth’ sonatas, chamber music and operas such as „Cenerentola“, Guglielmo Tell“, „La scala di seta“ or „L’italiana in Algeri“. It is possible to perform the ballet not only from a recording, but also live, with orchestra and singers, the latter included in the staging. With CINDERELLA the choreographer and stage director Giorgio Madia won the prestigious Polish Golden Mask Critics Award in 2007 for the best choreography, Cordelia Matthes the Golden Mask fort he stage and costume design. The ballet was revived at the Opera Krakow (with live singers and orchestra) in 2010, and with the company of Balletto di Milano in 2011.

In the Cinderella’s story told by Madia the traditional sunniness of spirit and faith in dreams are not sacrifised. We’re not going to betray whether magic tricks help them to be fulfilled, but there’ll certainly be no shortage of on stage magic: both the dancing and music enchant.