A NIGHT IN VIENNA 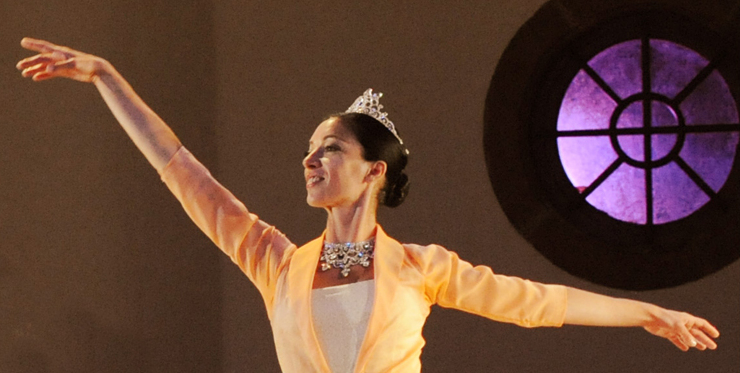 The wonderful city of Vienna is connected with a unique way of life, which finds its finest expression in a dance, the waltz.  Johann Strauss was the one who splendidly pronounced the magic of his hometown, with immortal dance melodies; during his lifetimes he already captured the hearts of audiences around the world.  To date, the New Year’s Concert of the Vienna Philharmonic is traditionally dedicated to his compositions, their sweeping and optimistic message is traditionally broadcasted by television into the remotest corners of the world.  But Johann Strauss has not actually written his music for the concert hall, but for the real pleasure of a ball night: for the sole purpose that anyone can become intoxicated himself on the sensual pleasure of dancing.

With his ballet A NIGHT IN VIENNA the choreographer Giorgio Madia takes a dance journey through this musical world, where love and lust, the wine and the nature are always taking the centre stage. In a series of charming episodes we meet the bon vivant, the officer or the gentlelady as well as Vienna’s sweetest shop girls and some hilarious vigneron boys.  The ballet tells about them and their zest for life.  The choreography is dedicated to all their little romances, or celebrates extensively the subtlety of the great art of seduction, always with a hint of nostalgia and an affectionately smiling glance on the human feelings.

A NIGHT IN VIENNA is a refreshing variation of a great tradition: of course the famous ‘Danube Waltz’ or the ‘Radetzky March’ are not missing upon the program, but at the same time Giorgio Madia, however, is also inspired from some of the most fast-paced, energetic and sensuous numbers from the impressively huge repertoire of the composers’ dynasty of the whole Strauss family. These are complemented by melodies of the violin virtuoso Fritz Kreisler, who created some of the most beautiful Viennese salon pieces.  The music, which can be heard, is mainly based on recordings of the New Year’s Concert of the Vienna Philharmonics from several years under the baton of world-famous maestro Riccardo Muti.

On the basis of exquisite ballet dancing, which is enriched by a slightly modern signature, elegant large ensemble scenes are alternating with emotional duets or energetic bravura pieces.  Opulent and colourful evening gowns evoke the special atmosphere next to the sheer and natural beauty of dancing bodies.  The mix of poetry and humor, classiness, flirtation and intimacy with a hint of melancholy is simply irresistible, just as inviting and stimulating as a glittering ball in Vienna can be.