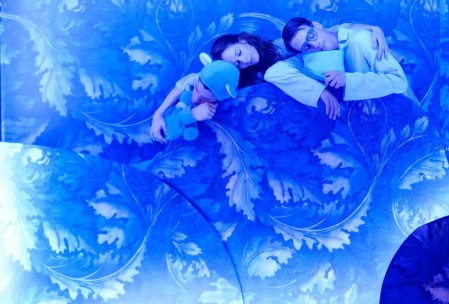 “PETER PAN is pure joy. It’s a ballet for children, where the magic unfolds without limits, being a joy for the greatest connoisseurs of ballet. The choreography on one hand is incredibly precise, a good part of the dancers have to perform without firm ground under their feet and endlessly witty, with a strong comic elements.”  — Bojana Radovic, Vecernij, 2.7.2016

The wonderful, intricate and story telling score composed by Bruno Bjelinski, creates a colorful musical world. It is for me a true source of inspiration in order to mold all the actions and different adventures of the substantially faithful Peter Pan´s story.

The ballet company of the Croatian National Theatre is an ideal ensemble to express all needed various characters necessary for this purpose. Its artists have an extraordinary talent of being able to span with their articulation from very technical movements to really intensive acting with a keen sense for theatricality and humor.

I needed to create on those bases a Neverland as playground for all children’s fantasies, chasing each other as Pirates, Indians, Fairies, Lost Boys and Crocodile. The very quick sessions of action forced me to set an entertaining and fast-paced staging, with all the articulations of classical point work, contemporary technique and with the few veritable witty slapstick, one of the treasures of theatrical and dance arts. My idea – as always when creating a piece based on a fairy tale – is, to let the audience take something home. If that would be A HEART FULL OF HAPPINESS, we would be very close to the core idea of James M. Barrie’s “Peter Pan”.