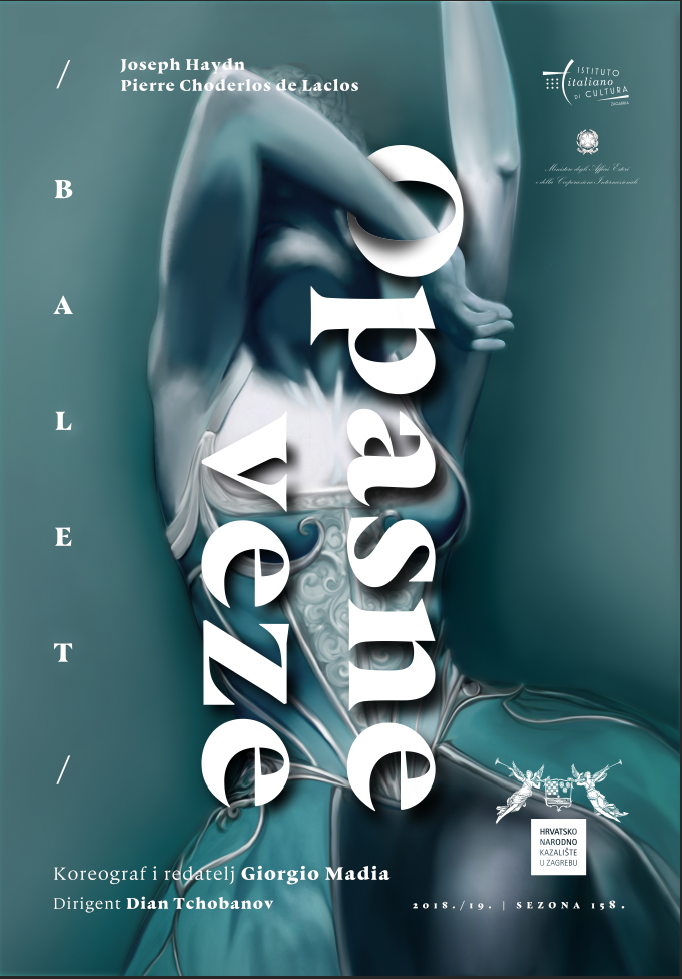 Assistant to the Choreographer: Adriana Mortelliti

Duration 2 hrs 30 min (including one intermission)

Based on the scandalous 18th century novel by Pierre Choderlos de Laclos, Giorgio Madia’s DANGEROUS LIAISONS explores the machinations of the Vicomte de Valmont and the Marquise de Merteuil, two French aristocrats locked in a battle of wits, wills and sexual conquest. They both enjoy to compete with ever more refined strategies to evoke desire, while enjoying most the arousal of lust while spinning their net of intrigues.

As a contemporary of the “Ancien Régime”, during which the spirit of libertinage reigned over the noble class, the author of the epistolary novel, Choderlos de Laclos, exemplified in a cold and cynical way, what might happen, when not all participants of the frivolous games are involved in the sophisticated rules. It’s the fascinating brilliance of the bad intention, that rules the action of this legendary masterpiece of French literature, successfully famous for his intended provocation.  Giorgio Madia, widely known in Europe for his full evening story ballets, achieves to make theatre that is not about the steps but about the narrative and more than that about the subtext: suspense, excitement, allusions and the perfume of the script. The ballet DANGEROUS LIAISONS is a sensual game of lust, seduction, revenge. Until someone falls in love …