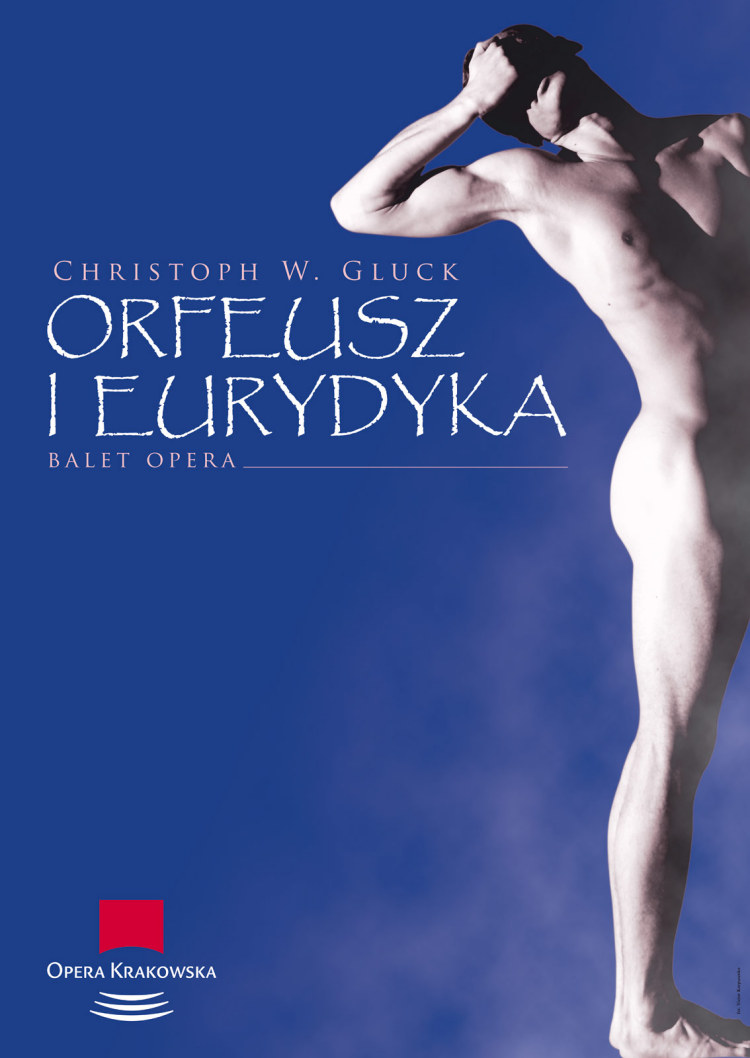 The myth of Orpheus for me is about the power of music. Who is this Orpheus? He’s a musician, a singer, and it is often described, that he, like a magician, beguiles flora and fauna, men and women alike. With his art he soften rocks and even moves the rivers to stand still. But we don’t know, where his power and inspiration are coming from. We are invited to wander through his myth – a whole world of ever changing imaginations – to describe the mystery about him. Any attempt to capture his secret would wipe out the luminous energy of his iridescence and ongoing movement.

Christoph Willibald Gluck dedicated his opera ORPHEUS AND EURYDICE to all participants of a spectacle: to singers, orchestra, choir, ballet and actions of the scenery alike. In his times the famous reformer of opera aimed for an approach to theatre where various fields of art were to be combined into one performance to evoke something special within the spectator. As I feel myself very close to his vision with my own idea about conceiving a performance, I decided for this work. In my staging the three leading parts, Orpheus, Eurydice and Amor, are singers on stage, while three dancers are their alter egos.

True to Gluck’s score, choir and corps de ballet act like an antique choir in a Greek tragedy, commenting on the scenic situation. My focus is on the energetic presence of both, their voices and bodies give a strong sensual impact. Especially the dancing part of Orpheus is an exhausting role, only in the first act he’s moving non-stop for 45 minutes, a marathon. His dancing is his chant, and with his unique gift and stamina he doesn’t hesitate to descend down into the unknown darkness to regain Eurydice, his love, who died. The essential pivot of his fate is his conscious glance on her, giving real shape to his most intimate companion. But his inspiration couldn’t be closer than being impalpable. — GIORGIO MADIA

Who exactly is this mythical Orpheus, as a symbol, and the embodiment of a character, whose story was intrigued by great poets and musicians? Is he the creator, being as much a genius as also being lonely and living in the world of art and mystical love? Is he also the founder of an Apollonian cult, where he „embodies the protection and salvation of the soul’s tabernacles“, and is he furthermore the symbol and creator of the mystical idea of “Orphism”, where he sometimes is considered as a „wanderer’s soul“?

It seems that the director of this ballet-opéra, the prominent Italian dancer, stage director and choreographer Giorgio Madia, joined in his conception of interpretive answers all these questions before. „In my production also dance is important”, he said. This way it is a mystic Orpheus, who is bewitching and also seductively singing.

Madia has set difficult tasks for the staging itself and the performers (singers and dancers), requiring not only physical strength (Orpheus, for instance, does not leave the stage for over an hour!), but also extremely precise synchronization of stage movement, dance, solo and choral singing, (the choir is placed in the orchestra pit, and three soloists singers constantly are accompanied by their alter ego in the person of a dancer). […]

The […] staging presented by the Opera Krakowska was very carefully prepared by Marek Toporowski and Zygmunt Magiera (choir master) in terms of music, and by Giorgio Madia (staging and choreography) with regard to direction. Costumes were designed by an outstanding Austrian graphic, set and costume designer – Bruno Schwengl. All the producers managed not only to create a precisely harmonised whole, but also to convince the performers to their vision. Dance incorporates neoclassical technique and contemporary dance with classical elements.

The “vocal stability” of Gluck’s opera, intensified with the ballet version parallel to singing, provokes the singers to almost solely vocal interpretation. They shape, therefore, the experiences of their characters with their voices – their sound and timbre – and with focus on technical correctness.

The main advantage of the new Krakow’s production of „Orpheus and Eurydice“ is the totality. Giorgio Madia selected Gluck’s French version of this work, richer than the Italian and equipped with ballet numbers. Especially these ballet inserts, filled with nuanced expressiveness, turned out as excellent binding within the whole staging, from defending the demonic furies of Hades to the gentleness of the Elysium, the joyous finale. I predict „Orpheus and Eurydice“ at the Krakow Opera to be a success. I watched two performances, where the audience did not consist of the premiere’s acquaintances and claqueurs, but the applause was long and warmhearted. And more important: well deserved.

Can love be displayed through dancing? That is ORPHEUS AND EURYDICE at the Krakow Opera! […] To use the terms ballet and opera alike in the description of this performance is the most accurate, since the predominant part of the show is created with dance. I think most fans will tell you that music, the singing of arias and recitatives, the orchestra, are mainly background for stunning choreographies of group and solo performances of dancers. Choreography is the most important part of the show. It is perfectly reflecting the nature of the opera and combines it with elements of dance, both classical and modern. Ideally illustrated are the underworld and the heavenly peace. The ballet company of the Krakow Opera is extremely engaged which introduces an amazing dimension to the performance.

Arias and recitatives are presented very clearly which facilitates understanding of the libretto and the overall message. The singers perform their parts, which happen to comprise difficult elements, with extraordinary focus and try their best to render the atmosphere of the composition.
The performance reveals the fantastic capabilities of the human body to render every emotion from anger and grief, through fear, to happiness and elation. It is immensely spectacular.

In the case of ORPHEUS AND EURYDICE which is directed by Giorgio Madia, it would be difficult to find any weak points. […] This time, he reached for the French version of Gluck’s opera, and he himself, apart from directing, staging and setting the light, also choreographed the spectacle. […]

Madia has created a phenomenal and charming choreography, through which we are experiencing Orpheus loving and mourning in one. […] It’s no unnecessary exaggeration – with unconcealed satisfaction I admit that I’ve been waiting for such a performance. The creators aimed for austerity and consistency, and this concept is realized from A to Z.